The Zombie Cause is the world’s first documentary short film series highlighting the “must-win” battle against zombies. The films will be released in Oct 2012 as well as the Zombie Cause Dictionary which is coupled with the short films. Here is a sample educational film on salarva (virally infected salivia of zombies). Follow The Zombie Cause pod in their quest to eliminate the zombie menace. Watch Doc Ruger, the world’s most notable authority on zombies, as he instructs his three sons in learning zombie behaviors and in practicing the art of zombie hunting. His boys, Headshot, Silent Blade, and ZB (Zombie Boy) – our country’s teens and tweens – are our nation’s last hope. Either this generation learns of the threat and becomes skilled in zombie hunting, or our great Union will fall to the Horde as have so many others in history.

This dictionary is a guide for those joining The Cause. It contains a wealth of information for newbie zombie hunters (aka “Chum”), but also gives plenty of sage advice for even the most advanced hunters (“Zombiestalkers”).

Study this book thoroughly and memorize its contents, otherwise it may be the last book you choose not to read. Happy hunting and as Pappy 5X says, “Knowledge is the key to killing zombies. Well, that and a twelve-inch Bowie knife.” 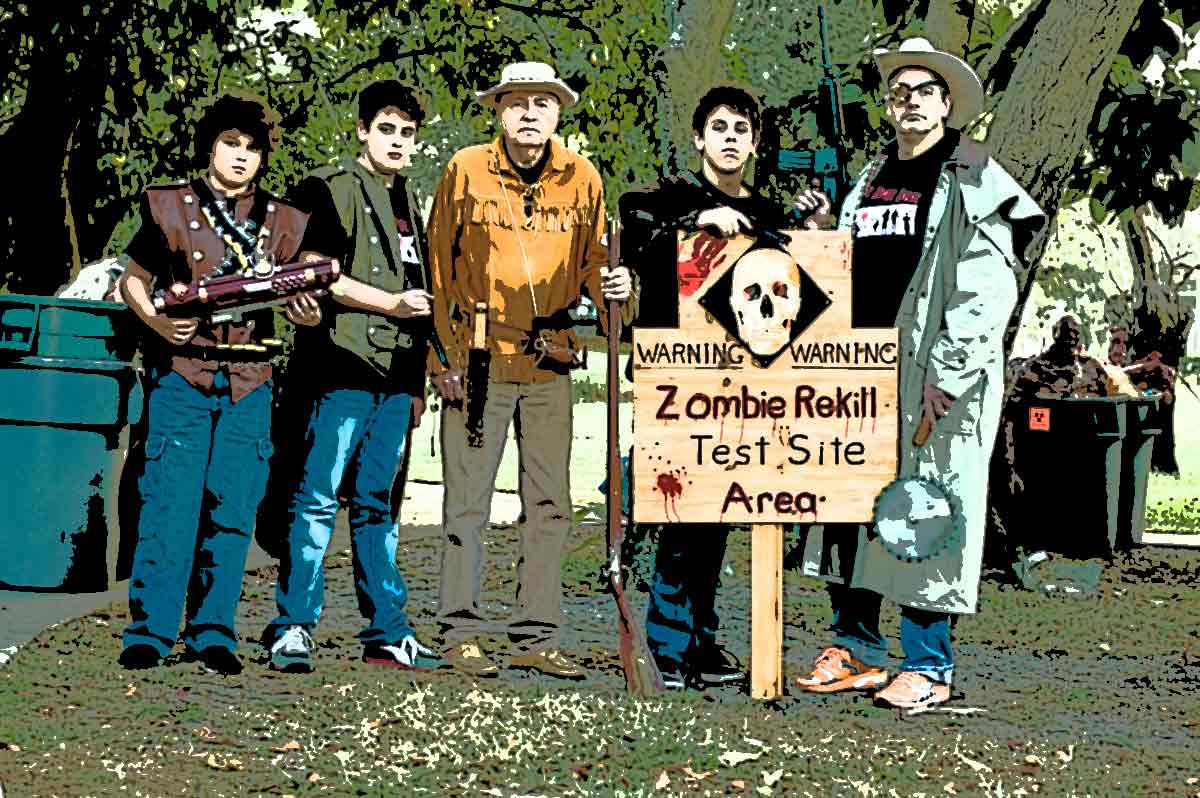