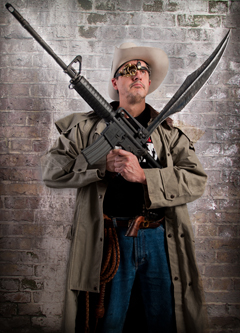 You can see the love in his eyes as he passes on his many decapitation techniques to his sons.  Eat healthy, make good grades, exercise, wear safety glasses in close kill environments, and “always have a large bore rifle in easy reach” are some of life’s lessons he passes on to his sons each week.

A physician specializing in zombology, he is considered the world’s authority on the physiology of zombies. 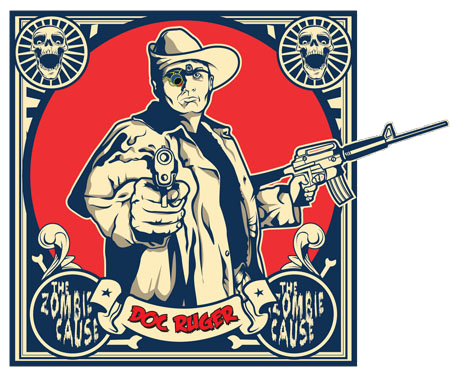 His right eye was gouged out by a zombie in November of 1992, yet upon killing the zombie, he removed the cadaverous eye and replaced his own. Now with the use of an occuloextender, he can easily identify Asystole Zombies from Beating Heart Zombies.

Ranked 23 on Dagney’s list of all-time zombie kills and number 1 for in water kills, he is strongly positioned to be inducted in the Zombie Hunters Hall of Fame.  His rookie year Pro Zombie Hunter Card from 1975 has sold for as much as $275.00 on eBay.

Doc Ruger has a passionate belief that anyone with good yo-yo skills (especially one with titanium razor blade rims) makes the best zombie hunter. Legend has it that he survived The 1981 Zombie Hill Horde Attack using only a yo-yo after he shot through all of his .223’s.

His favorite book is The Immune and he can frequently be heard quoting from the book (Doc Ruger’s favorite quotes from The Immune). He strongly believes the novel should be taught in literature classes around the country. 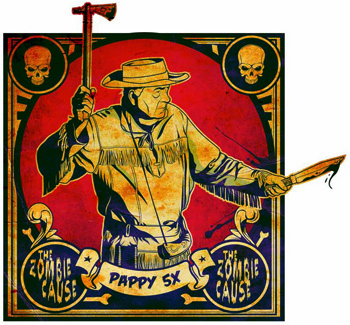 the father of Doc ruger, legendary zombie hunter, zombology researcher, and member of the Zombie Hunter’s Hall of 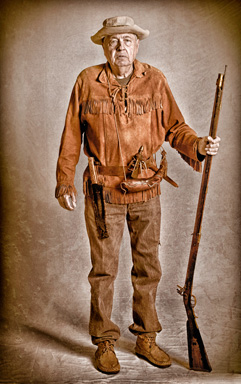 Fame, had his first kill in 1938. Since then, he has been ranked as high as number three on the all-time kill list, with a current ranking of 9th. An old-school zombie hunter, he ridicules new armaments in The Zombie Cause, preferring black powder weapons and a sharp bowie knife.

Pappy 5X is 83 years old and has a double Ph.D. in organic chemistry and zombology. He loves telling science and chemistry jokes, which no one seems to comprehend except Silent Blade. Well- known for his sage comments regarding zombies (referred to as “Pappyisms”), he is revered by all zombie hunter, young and old. He’s always happy to pass on his sage advice, whether it’s wanted or not.

Due to poor hearing, he frequently misinterprets conversations, which sometimes results in violent endings. He is also a connoisseur of fine toilet paper and loves to go to garage sales to buy gifts that have no known association with either context or reality. 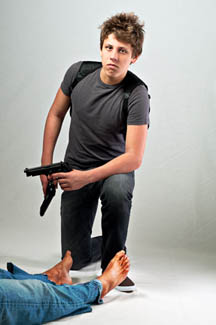 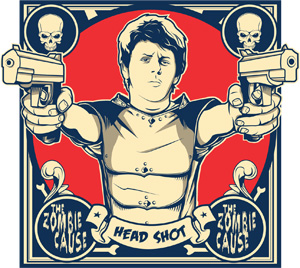 is a teenager who loves swimming, the music group Green Day, and large caliber handguns. Looking forward to turning pro when he reaches 18, he has a good chance as he is ranked 17 on the Junior top 100 kill list. He follows his father’s footsteps of being ranked Junior Number One in strykes (in water kills).

A typical teenager, he constantly questions and challenges his father’s advice in his quest to become a pro zombie hunter. Leveraging a great sense of humor, he is the prankster of the group. Whether it be tricking ZB into a closet full of Zombies or secretly dulling Silent Blade’s Silent Blade’s machete before he enters a horde, there are fresh, fun ideas always coming from Headshot’s mind.

Extremely allergic to zombies, he will frequently be seen scratching if a zombie is in the vicinity. He also can’t stand oranges, which is very disconcerting since he can’t tell if the itching he experiences means a horde is getting ready to attack or if someone is peeling an orange in the next room. 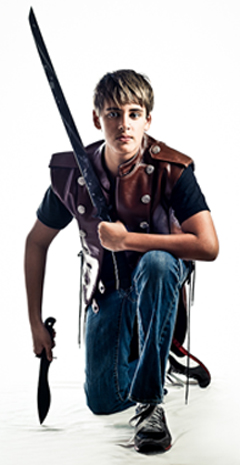 Silent Blade, (see video Introducing Silent Blade) is a teen who is burdened with both a high IQ and a low tolerance for mediocrity in others. He rarely speaks unless he’s angry, yet when he does, his comments are 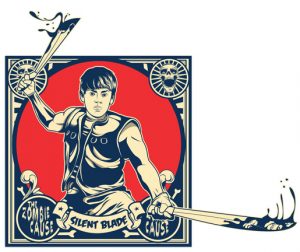 memorable. He prefers to do most of his talking with sharp-edged instruments. Although he has a collection of over 40 bladed weapons, his best friend, “The Decapitator,” is always within easy reach. The Decapitator is a sword said to have been forged in a furnace heated by burning zombie corpses. It’s steel tempered in cold zombie blood.

Silent Blade’s focus in life is to make the Junior Top 100 kill list with only blade-style attacks and to earn a Ph.D. in zombology before he turns 21. He is an expert in close kills and is ranked number two (close behind his brother, Headshot) in Junior strykes. 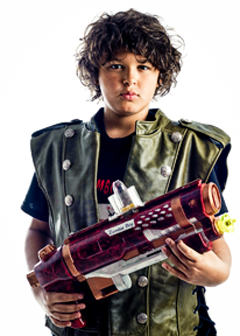 ZB, (aka Zombie Bait, see video Introducing Zombie Boy) is a tween and the youngest in the family. He mistakenly believes that ZB stands for Zombie Boy. Since he is immune to the salarva of zombie bites, he is used frequently by the others as a zombie attractant.He has remarkable escape skills, which is fortunate as he suffers from extreme Kinemortophobia (the fear of the undead). He has no special attack skills, but he screams a lot which is useful in attracting zombies. 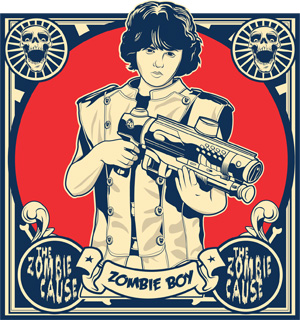 Deadly with a slingshot, ZB has not been allowed to carry a gun yet. Plus, it’s also hard to kill a zombie if you’re always running away. ZB has discovered that zombies become temporarily disoriented when sprayed with hot sauce. Therefore, he frequently carries a supersoaker loaded with hot sauce and multiple reloads.

Although terrified of zombies, ZB is fearless in rescuing others from zombie attacks. He was given the revenant Award last year for the most successful rescues by a junior zombie hunter.
He also has a large collection of stuffed animals (a fact he will deny), and he is a babe magnet. However, he lacks the necessary hormones to make it worthwhile.