A zombie is dead or to be more precise, undead, which means at some phase the zombie experienced death, i.e. absent brain wave function and cardiac rhythm.  Essentially a zombie is a cadaver that has reanimated.  Physiologically a zombie is alive at a cellular level, but the original psyche (soul or life force) has been extinguished (or at least partially so). So zombies always start as productive, well-intentioned beings and ultimately end up as soulless, flesh eating, creatures that are difficult to kill and that have no resemblance to the host body’s original life plan. (A similar phenomenon frequently occurs with politicians and congressional bills, but no viral infection is involved.) 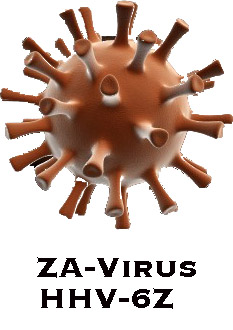 The only scientifically confirmed zombification (reanimation following death), so far, is due to viral infection.  This virus is known as the ZA virus (aka zombie animation virus). It is a DNA virus with a host range limited to humans.  The ZA virus is a modified human herpes virus 6 (known as variant HHV-6Z) Like other HHV-6 viruses, the ZA virus integrates in the telomeres of human chromosomes making it impossible for the immune system to eliminate HHV-6Z (zombologists refer to this as the neotaxation effect). Like other HHV-6 viruses it is transferred via saliva (salarva).

Viral infection typically occurs following a bite. Viral loads are very high in salarva (saliva infected with virus).  Overall, approximately 50% of bites convert to full-blown infection, but be aware that early zombification is difficult to diagnose in some individuals (Therefore, do not immediately head shot a bite victim; be aware that some federal employee behaviors can mimic zombification).

In this treatise, we will be discussing only scientifically documented zombies.  Zombies based on magic do not exist (unless you believe in elves, ghosts, unicorns, and the theory that filling out government forms solve problems). Please remember that zombie classification is like a bell-shaped curve, not a straight line.  Variations from normal can always be found.

Stage of Zombie at the time of bite: 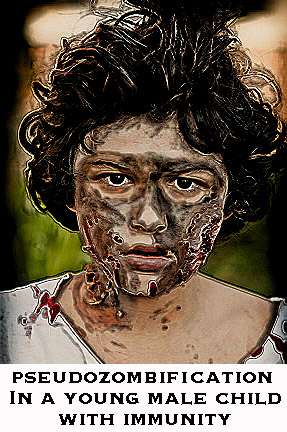 After a zombie bite, there is a 12-48 hour incubation period.  (Diseases do not read textbooks so this time frame may vary).

EXPERIMENTAL ANTIVIRAL THERAPY CAN STOP PROGRESSION AND REVERSE VIRAL LOAD TO UNDECTABLE AT THIS POINT BUT: